I have to say it's been a pretty exciting time at JLP HQ over the last few months while we've been building our new website builder, IRIS.

When John first suggested developing our own website builder I didn't even know that was something we could do...! But, I have to say I was pretty excited at the idea of it.  And so it began, we started coming up with names and logos and the building of IRIS started (I can take no credit for that part).  In my mind there was a lot to do before we were ready for people to use it so when John told me in the New Year that he thought we should launch it in summer I smiled and said "yeah ok, we can aim for summer" while really thinking it won't be ready before Christmas!

Once IRIS was built we both did quite a bit of testing and playing around on it to make sure it did everything we wanted it to do.  Of course there is still a growing wish list but there probably always will be with the speed at which things change in the ever evolving world of websites. 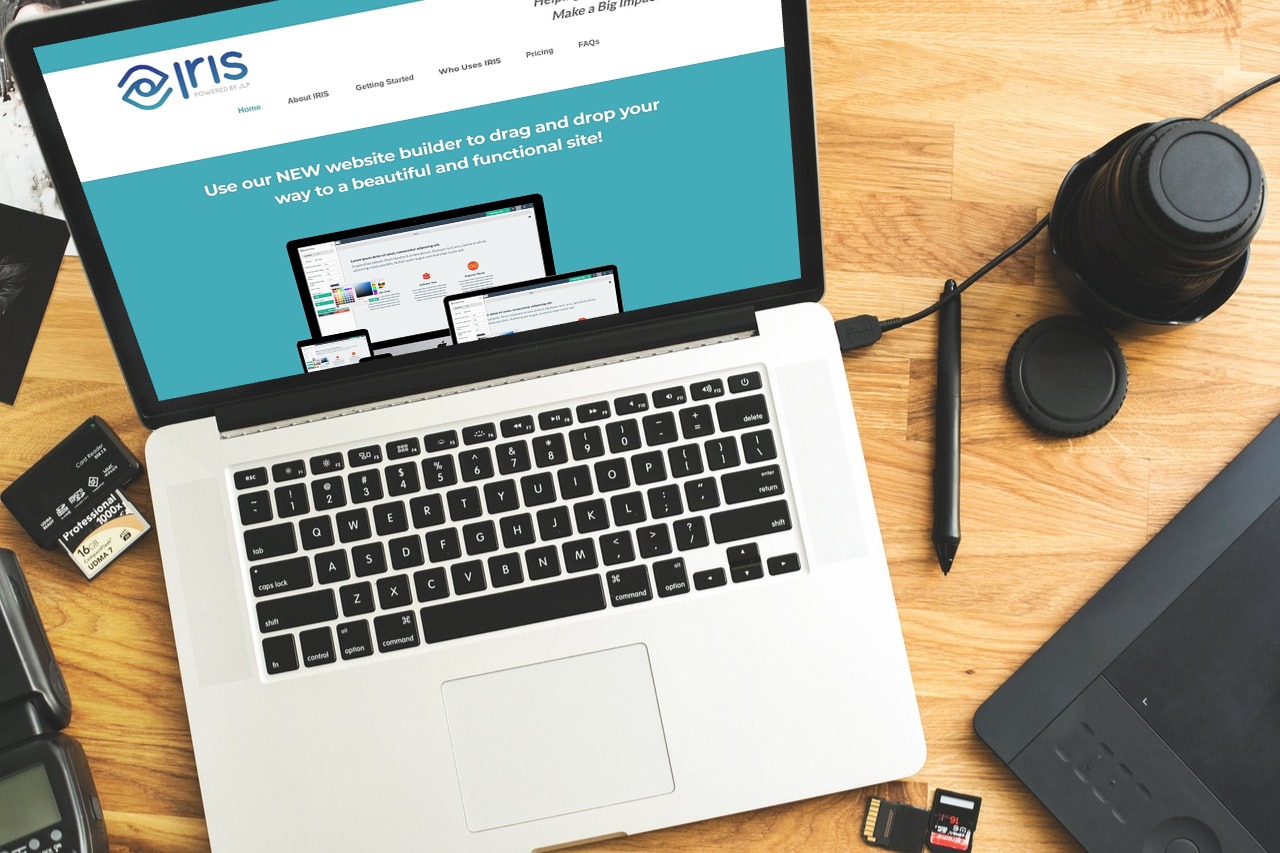 I have to admit I don't have much experience with website builders, apart from trialling a couple during this whole process, but I was very impressed with how easy it was to use IRIS and I've thoroughly enjoyed the whole project.

Part of our marketing plan included a video ad which we could use on social media to show IRIS in use by some unsuspecting guinea pigs.  Shooting the advert with Keiba Film was a pretty nerve-wracking time as no one had ever used it other than me and John so we weren't sure how it would go.  We were both very pleasantly surprised at how complimentary people were about it, particularly in comparison to other builders they'd used in the past.  I think the video has turned out great and has now been launched on social media so we're hoping it will help spread the word and we'll start to see some people signing up to an IRIS website.

And to top it all off, we got it launched in summer!  I didn't expect us to be ready by then but somehow we've managed it.

You can check out our IRIS website, which was actually built using IRIS (confusing, I know), to find out how it all works and how much it costs.

Let the power of Microsoft Office 365 streamline your business and save you money.

We build custom business software designed around your specific needs.

Already Have A Project In Mind?